Even if Your Website is Just a Blog, or Lead Generator, You Still Need an SSL

We’ve now reached a tipping point where more than half the traffic being served across the internet is now using HTTPS.

So let’s say you’re not selling anything online. Fine. Let’s talk about the second point for a second …

If you’re a freelancer, creative, agency or blogger, you may not make money online. But you may be making money offline based on the trust and authority you develop online. (For example, you may be collecting leads via forms.) And that’s what matters.

Because later this year, a new version of Google Chrome is coming (68, due out in July 2018) that will mark every HTTP site as “Not Secure.”

Think about the consequence of having “NOT SECURE” on the top of your browser when a visitor considers filling out a lead gen form. I’m pretty sure you won’t see that page convert like it used to.

Also, some of you have been waiting for wildcard SSL certificates. With a wildcard certificate, you could have one single cert that would work for subdomains, like:

We suggest that you make getting your site secured with an SSL certificate an item on your to-do list. 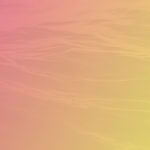 If you haven’t moved to HTTPS by now, you’re going to get left behindWordPress Maintenance and Support